TOEIC vs IELTS: Which Test Should You Choose?

1. Introduction To TOEIC. Why Is It Important To Pass This Exam?

The TOEIC (Test of English for International Communication) is developed and administered by the Educational Testing Service (ETS) in Princeton, New Jersey. The TOEIC test is designed to gauge English language proficiency of those working in an international environment. 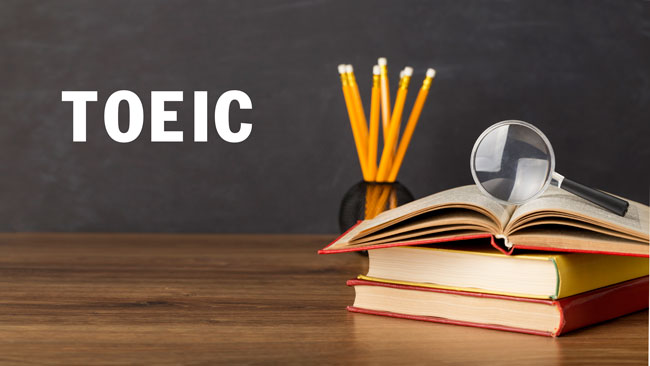 The TOEIC test links to Japan in that during the 1970’s, the Japanese Ministry of International Trade and Industry required ETS to design a test for corporations to use. They wanted to know at which level non-native English speakers can use English at the workplace. More than 14,000 organizations in 150 countries have used TOEIC as a way to test candidates’ English language competence.

The TOEIC test has two separate sections: Listening and Reading. Test takers will be given 45 minutes and 75 minutes to complete the Reading and Listening sections respectively.

The TOEIC is a professional English exam. The test helps corporations and institutions to know the English proficiency level of candidates.

2. Introduction To IELTS: Why Is It Important To Pass This Exam?

The IELTS, which stands for the International English Language Testing System, is an increasingly recognized standardized English exam. The test is designed to measure the English proficiency level of those wanting to go on studying or working in an English speaking environment.

Most examinees are students wishing to continue studying abroad and people wanting to begin their international career. Up to now, over 10,000 organizations, both public and private have accepted IELTS. 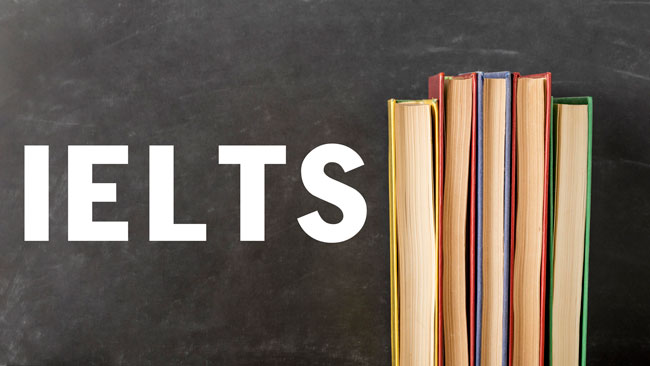 There are around 3 million people sitting for the IELTS test every year, making it now become one of the most popular language tests in the world.

The IELTS exam includes two versions: IELTS Academic and IELTS General Training. While the former is for students wishing to enter higher education institutions abroad, the latter is for professionals who want to work abroad to certify their English level.

The IELTS exam is splitted into four skills: Listening, Reading, Writing and Speaking. The Speaking test will take place in a face-to-face interview with an IELTS examiner. The IELTS band scores range from 0 to 9.

Materials and topics in undergraduate, graduate, or university programs are often included on the IELTS Academic test. The IELTS General Training contains materials and topics from daily books, magazines and newspapers. The British or Australian accents are often used in the IELTS listening section, so candidates should practice listening to these accents at home. The IELTS is not a pass-or-fail exam and candidates will only get an overall score from 1 to 9.

The IELTS certificate is essential for those who want to study or live abroad. Additionally, it is useful to apply for immigration.

3. Differences Between TOEIC and IELTS

IELTS and TOEIC differ in the purpose. While IELTS is for individuals wanting to study abroad or emigrate to an English speaking country, TOEIC is more for business purposes. 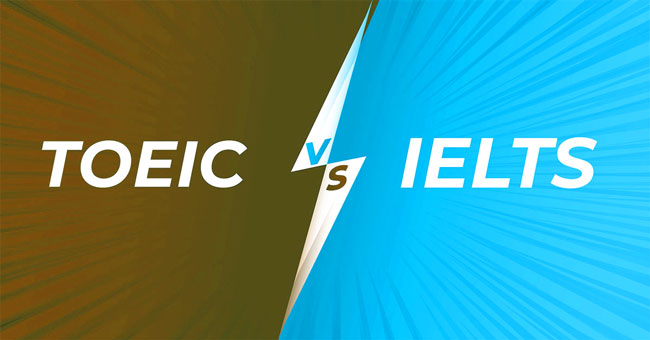 The IELTS exam comprises various kinds of questions such as True or False, Multiple Choice, Matching Heading, Matching Information, Summary Completion and so on. TOEIC is only a multiple choice test.

The table below shows how TOEIC scores are converted into IELTS score band and CEFR Level:

4. TOEIC vs IELTS: Which Exam Should We Choose?

If you wish to study or live abroad, you should first consider the IELTS exam. The IELTS Academic would be appropriate for prospective university students. In addition, those who just want to test their English level can also take the IELTS test since it is a thorough test and a good reflection of your practical English skills.

TOEIC is the more suitable exam in the working environment. With over 3 million test-takers annually, TOEIC is more commonly used by companies worldwide for assessing the English language proficiency of potential employees. If you are seeking a job where you can use your English skills, the TOEIC test may be a good choice.

Both IELTS and TOEIC certificates are valid for two years.

Whether to choose IELTS or TOEIC depends on each student’s goals. Regardless of which test you opt for, it is important to have thorough preparation for the test day.